Clubs, societies, and community groups throughout West Cork are being urged to throw their support behind a massive fundraising drive to pay for €72,000 worth of life-saving medical kits for the voluntary West Cork Rapid Response service.
A list of fundraising ideas, from coffee mornings to car washes and 5k walks is being put together by the fundraising committee of the community-based emergency response charity.

“All that’s needed is an army of volunteers to put the ideas into action”, says Kate Crowley of the fundraising committee.

The kits, which contain defibrillators and other life-saving equipment, cost €6,000 each and have already been distributed to a new network of volunteer personnel from across the emergency services, who have committed to support the work of the West Cork Rapid Response service. 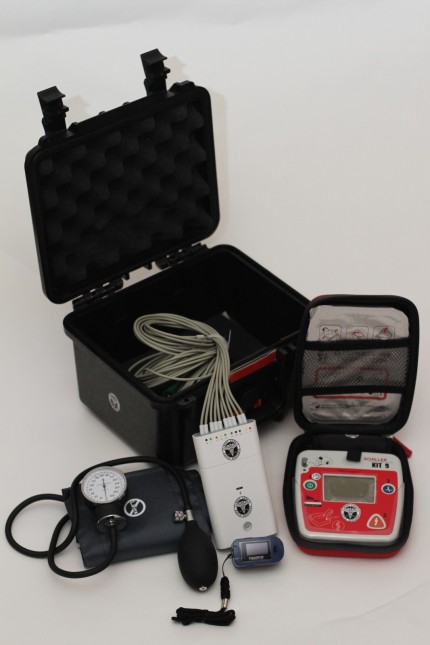 In all, about 12 emergency personnel including paramedics and advanced paramedics, living in areas such as Drimoleague, Clonakilty, Timoleague, Belgooly, Ardfield, Reenascreena, Bandon, Coppeen, Skibbereen and Bantry, are now volunteering with the renowned community emergency response service which is headed up by medical director Dr Jason van der Velde.

Each WCRR volunteer member has signed up to respond, when available, to accidents within 10 kilometres of their own home.

The charity hopes that communities across West Cork — particularly in each of the areas where the paramedics are based — will swing into action to raise funds to pay for the kits.

“It is very important that people get together to support these emergency support personnel who are making such an extraordinary commitment to WCRR to safeguard their local communities,” said Ms Crowley.

She said WCRR was now issuing a region-wide “SOS” for fundraising volunteers to throw their support behind the drive to raise enough money to pay for the kits.

The new volunteer support system has been described as a “logical expansion” of the service already provided by West Cork Rapid Response.

The service enables professionals who are free and who are able to do so, to respond to a critical incident in the vicinity of their homes.

By providing them with the equipment they would normally have available to them in the course of their work, WCRR is enabling this work to be carried out.

The service has its own special response vehicle and works in partnership with the HSE’s National Ambulance Service in the region, parts of which are more than 190km from Cork City.